Adult Community Corrections is a state (Kansas Department of Corrections, or "KDOC") and local partnership which promotes public safety by:

Juvenile Community Corrections is a state (Kansas Department of Corrections - Juvenile Services, or "KDOC-JS") and local partnership that promotes public safety by:

The Community Corrections Act was passed in 1978. Shawnee County was among the first counties to join in the Act and begin programming. Initially, there were nine counties participating. In 1989, the Act was mandated for all counties in the state. Juvenile services were included in 1994. The Juvenile Justice Reform Act was passed in 1996 and amended in 1997. Juvenile offender services from KDOC and SRS were transferred to the Juvenile Justice Authority (“JJA”.) In 2013, all services to juvenile offenders through the JJA were transferred to KDOC under the title of KDOC-JS.

An original purpose of Community Corrections’ programs was the diversion of prison-bound offenders from prison facilities to community-based intermediate sanction programs (Intensive Supervised Probation, or “ISP”.) With the changes brought on by sentencing guidelines, offenders are formally sentenced to probation pursuant to the guidelines’ computation of sentence. Currently, the Shawnee County Department of Community Corrections supervises chronic or violent offenders who remain in the community in lieu of incarceration. Effective community-based programming involves supervision with solution-focused case management services that assist the offender to become a productive member of society. 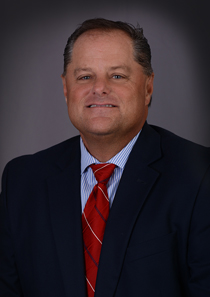